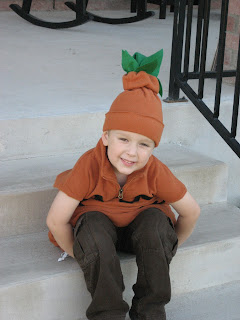 Happy Halloween! We learned the hard way our first year down in Texas that if you carve pumpkins too early you will have to throw them away before Halloween. They just rot in the heat within a couple of days.  So now our tradition down here is to carve them the day before Halloween! That's what we did Saturday. 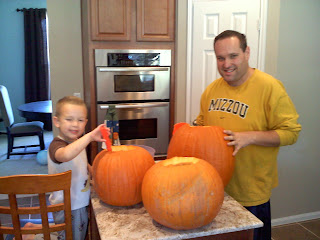 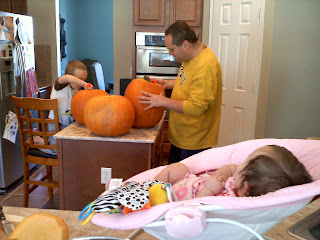 And now for the finished products! Here are mine and Chloe's (Chase decorated hers with stickers; She's on the bottom): 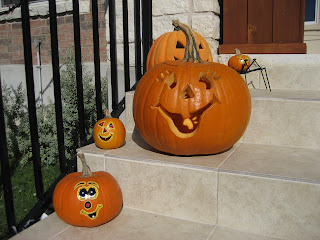 And here are Daddy's and Chase's: 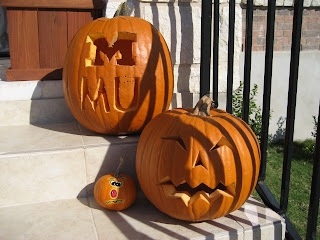 Bet you can't tell whose is whose!  Ha ha!  Chase told me what he wanted and I drew and carved it for him. 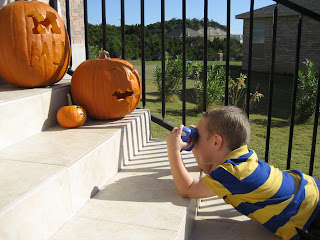 Chase wanted to be a pumpkin for Halloween this year. I have decided as a mom I should make the kids' Halloween costumes every year. I don't know why I feel like it's my duty as a mom to be domestic only at certain times of the year, but I do. Last year I made his ghost costume, which I was so proud of. This year I made his costume again. Now, unlike last year when I found easy instructions for his costume online, this year I had to make it up on my own. I must say I am pretty pleased with myself. My son won best costume in his class at daycare! GO, MOM!  All I used was a sweatshirt, some felt, scissors, elastic and sewing glue: 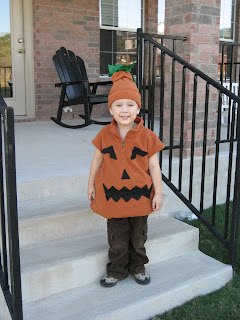 Chloe was the most beautiful spider you ever did see! 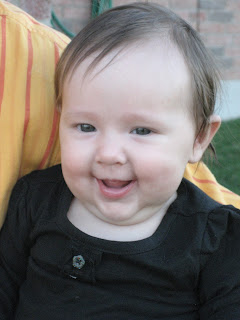 Here's the rest of her: 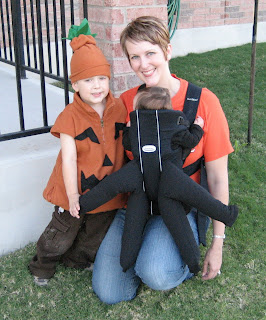 And here are the kids with Daddy: 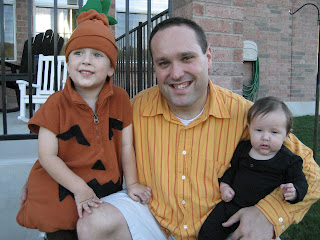 We have had a lot of Halloween fun this weekend. Last night we were on our way to a Halloween party when we noticed a bunch of kids in costume running around our neighborhood. We had just assumed trick-or-treating was on Halloween but I guess we were wrong! We ended up doing a little impromptu trick-or-treating before the party last night, and then tonight we met up with Chase's friend Nathan (and my friend, his mom!) in a neighboring town to trick-or-treat again. They were ADORABLE running from house to house shouting, "Happy Halloween!" 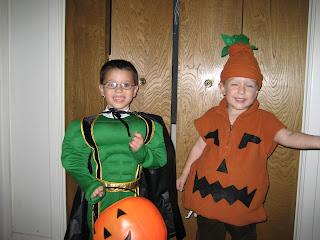 I hope everyone had a fun, safe Halloween!  We sure did!  More photos are in our Photo Album if you're interested!

I can't believe Chloe is 4 months already!  Here she is with her "growth chart bear!" 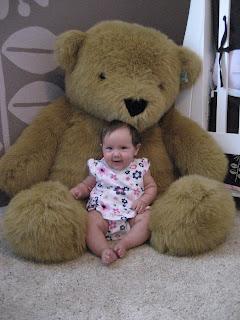 Click here to compare it to her 3 month photo!

She has really grown in the last month developmentally.  She is now grabbing at toys and putting them into her mouth.  She loves it! 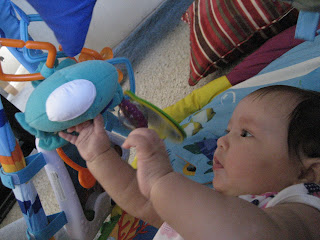 She is such a happy baby and we had a lot of fun with her photo shoot today.  All the photos we took are in our Photo Album if you're interested!  Lots of smiles! 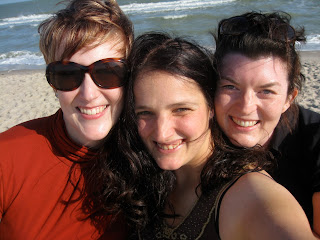 I spent the weekend (I'm cheating again - check the date) with my amazing friends Katie and Janet in Corpus Christi. Janet was down in Texas for a conference so we all met in Corpus and had an awesome time catching up! It is always amazing to me that when you get together with "old" (except that we will never get old!) friends you can pick up right where you left off the last time you got together. I love you, girls!! 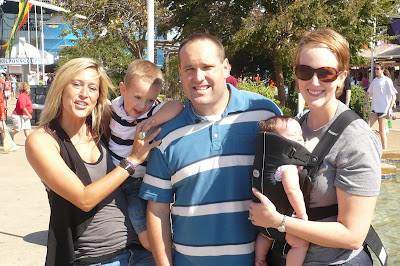 We went to Dallas "this weekend" (I'm cheating - check out the date) to see Brian's sister, Jen, who was in town for a Sugarland concert.  It was great to see Jen again!  We hung out at our hotel Saturday night and Chase and Jen had a blast running around the hotel and crashing the 50-year high school reunion going on downstairs.  He was really upset when Jen had to go back to her own hotel that night.  But we continued to be entertained by the VERY loud Elvis impersonator until 11pm.  Fun times (especially with a baby trying to sleep).

It just so happens that the State Fair was also in Dallas so we all did that together Sunday.  We had a decent time but Chase was not really on his best behavior so it became a bit stressful.  He was low on sleep and it showed!  But it was great to spend some time with Jen nonetheless!

Chloe is 3 months old! Here she is with the "growth chart bear!" 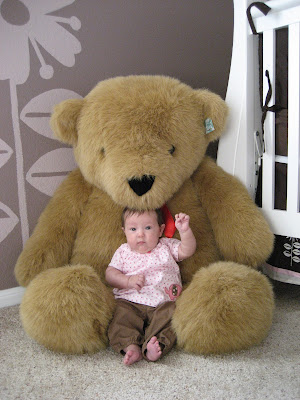 Click here to compare it to her 2 month photo!

I got a great video of her laughing at her daddy today. It is guaranteed to make you smile. Enjoy!