Right now Brian is mowing the lawn. In March. It's madness! 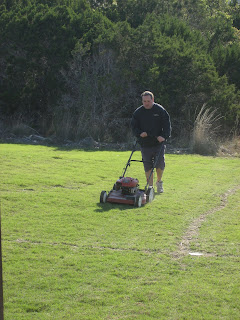 Notice the lines of dirt in our yard? Brian finally caved and had a sprinkler system put in. Chase loves the "fountains!"

Chase is entering the stage of independence, which is frustrating at times but incredibly entertaining at others. Today he wanted to take his jacket off by himself.
Shortly after I stopped this video he yelled, "I did it!!" (one of his newest phrases that we just love... he looks so proud)! We give him as much freedom to be independent as possible, but of course it isn't as much as he would like: 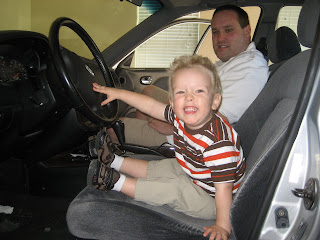 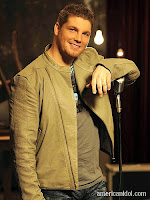 This week on American Idol we said goodbye to Michael. I wasn't surprised. I thought he had a good voice and he was really likeable, but I didn't see him as a star.

Let me just rant a little bit here: I am getting very tired of the judges playing around and taking time away from the actual show. There have been numerous times where they have to rush a contestants' feedback because they are running out of time (due to their not-so-amusing banter)... and my DVR cut off Michael's final moments this week. Come on.... The show is about the contestants, not about Paula and Simon flirting shamelessly with each other. And this "sing for your life" stuff is really getting to me, too.
at March 27, 2009 No comments:

I recently posted a comment on a friend's blog about her oh-so-scientific method to filling out her March Madness brackets, where I listed my own method for choosing teams. Thinking that my rules may be beneficial to the rest of my blogging universe, I have decided to post my methods here as well. Here are my rules:

1. I always pick Mizzou to win the whole thing (assuming they are in it). I figure there is power in believing and maybe the team will feel my positive vibes. It’s a little like Seabiscuit some years, I’ll admit it.

3. I support the states I have lived in.

4. I go with whatever state I would rather live in. This method is by weather, not by cost of living. I may not be able to afford to live in LA, but you can't pass up that reliable sunshine. UCLA it is!

5. I support the schools I have ties to. Now that I'm at Texas A&M (and Brian teaches there) I have them going all the way up until they play Mizzou (who wins, of course). If ECU were in it, they would go far. I'm told by my brother that in the future I will have to support Boise State, too, because he goes there. This is getting tough! It's all about prioritizing, I guess.

6. Sometimes I pick teams because I like their names. For example, I picked Siena to go pretty far this year because I think it's a pretty girl's name. Gonzaga always goes pretty far because it's just fun to say... Gon-ZA-GA!

7. Every once in awhile I’ll pick a team that I just know is always good, regardless of the weather of that state. That’s when I feel like I might actually know a thing or two about basketball… until they lose and I’m like, “MAN! I KNEW I should have picked Siena! Their name is so much prettier!”

The last time I checked I was tied for first place in our little family poll. I always manage to do really well in the first round… and then fail miserably after that. Wish me luck!
at March 20, 2009 5 comments: 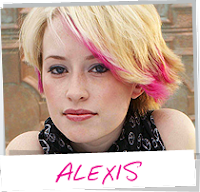 I am very sad today. I really liked Alexis. I actually thought she could be my favorite. I didn't love her performance this week but she definitely had one of the most unique voices in the competition and I wanted her to at least get far enough to go on tour! Big bummer. I was crossing my fingers the judges would use their save on her but I wasn't holding my breath.... It's early in the competition and her "sing for your life" moment (ugh, I hate that new addition to the competition) wasn't great... probably because she was trying too hard and was super emotional! Ugh, anyway. I am sad. I really liked her a lot. I guess I have to work on finding a new favorite!
at March 19, 2009 No comments:

This week Brian and I are both on Spring Break. Ahhhh.... It's heaven!

Yesterday we drove to Austin and shopped all day (I finally spent the $250 in gift cards that have accumulated in my wallet!), and today we drove to Waco to take Chase to Baylor's Mayborn Museum. He was the perfect child. We still can't get over how good he was. He loved every minute of it and so did we. What a fun day! Of course I brought my camera, so here are a few highlights. The rest are in our Photo Album if you're interested.

Chase had a great conversation with a bird: 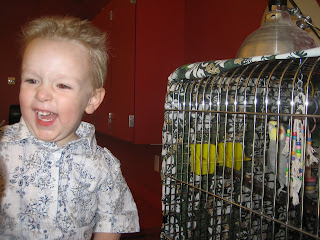 He then decided he wanted to drive a car, but he must have gotten his dad's lead foot because he was soon being chased by the police: 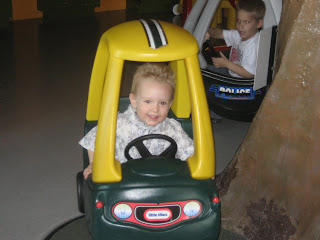 Nothing like teaching him to try to outrun the cops at an early age, right? Ha ha!

Then we went to the music room where Chase had fun playing on a larger than life piano: 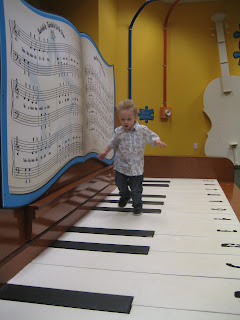 And in the spirit of March Madness, Chase showed off his mad basketball skills:

I have to say that immediately after I stopped this video he made two baskets in a row (of course)!
at March 17, 2009 No comments: 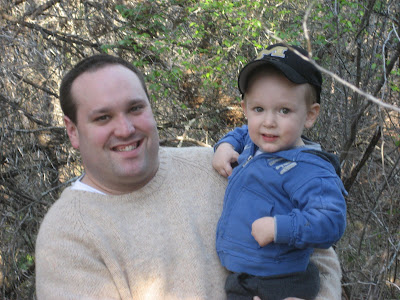 March Madness begins this week, so Chase thought now might be a good time to start modeling the Chase Daniel autographed Mizzou hat that Aunt Jen gave him! 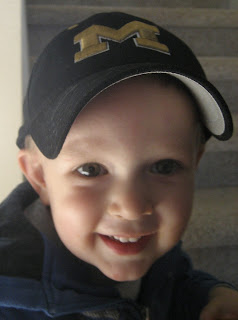 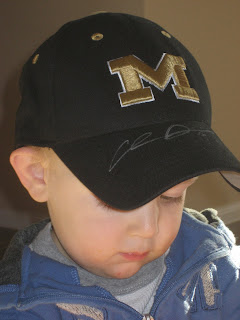 He tried pulling off this look but we decided it just wasn't him: 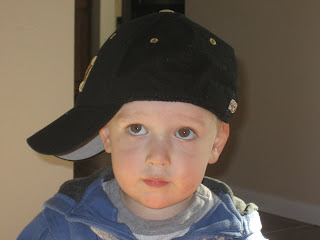 Brian tried to model his but I think his head was too big after hearing that Mizzou was seeded number 3 in the tournament. 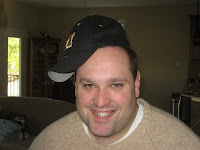 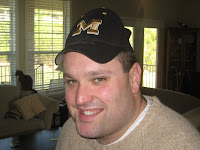 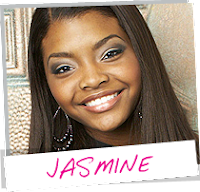 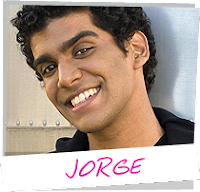 It's time for my American Idol elimination reactions! I know I am late with my first one. I think this season that's just the way it's going to be sometimes. I feel like I have no control over my spare time (or lack thereof) these days. ANYWAY....

Let me just start off by saying I don't have a strong favorite yet this season. Usually by this point I have my favorite picked out, and usually I am really good at predicting the winner. This season I'm not 100% sure yet on my favorite, but I do have a select few I'm looking at. Jasmine and Jorge were not in that group.

Honestly, I was surprised Jasmine made the top 13. I have never been that impressed with her voice, and I feel like she got through because she was "commercial." So I was not surprised by her elimination. I thought Jorge might stick around a little longer just because he was loveable. But, again, I wasn't blown away by his voice so I'm OK with the decision.

Mini rant: I hate how they are handling the new rule where the judges can give one "second chance" sometime within the season. I think the rule itself is a decent idea, but I don't like the way they are working with it. They used to announce who was going home and then have them sing a final goodbye. Now they announce who had the lowest number of votes, that person sings, and then the judges announce whether or not they will use their one "second chance" on them. It's like the contestants have to sing for their lives, and then they just get the boot after that... like they keep the contestant hanging onto a string of hope and then say, "Nah, we're not going to waste our veto on you." It's cold!

Anyway, I don't have anything really profound to say about these two. It's time to weed out the weak links and I think this week just got the ball rolling. I will say, though, that there are some really good singers on this season. Maybe that's what makes my pick for "favorite" so difficult. Or I'm just bitter because one of my favorites from early on didn't make it through to the top 36 (Jamar Rogers). Don't get me started!
at March 13, 2009 1 comment:

We had an interesting conversation with Chase yesterday that I thought I would share: