The kids are at their dad's for Halloween this year, but I made their costumes, as is tradition.  Chloe's was fairly simple this year.  She wanted to be Shamu! 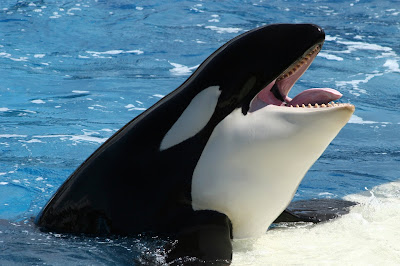 Chase, however, had a much more complicated request.  When I asked him what he wanted to be he said, "Golden Freddy" (from the Five Nights at Freddy's video game... or so I'm told).  I had NO idea what that was, so I had to Google it.  And this is what I found:

Ummmmmm.... First of all, that was a terrifying discovery!  Second of all, how in the world was I going to make it??

I did some searching for ideas online and then hit the stores.  I started with the head, and Chase was very skeptical, to say the least: 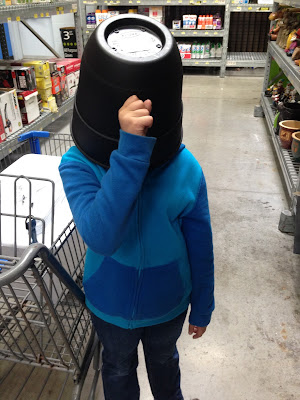 I was slightly terrified as well: 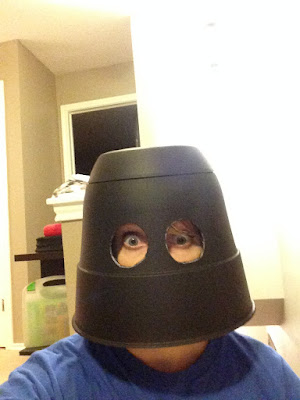 Chloe loved it, though, and decided to wear it to jam out at the piano: 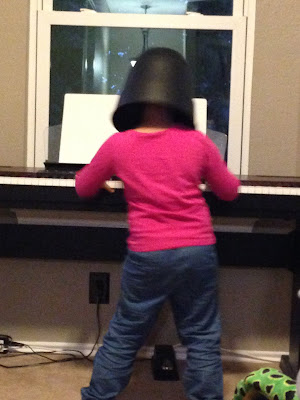 Makes perfect sense to me!

I was absolutely terrified to reveal the mask to him.  I thought for sure he was going to hate it. But when I showed him the almost-finished product before bed last night he got so excited at the sight of it, I literally teared up. There's a heart of gold in that wild and crazy exterior, I swear. The costume isn't perfect by any stretch of the imagination, but he knew how hard I worked on it and told me how much he loved it. Such a sweetheart.

Anyway, here they are! 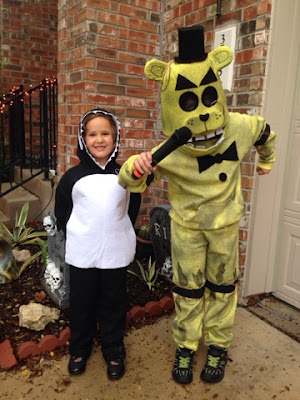 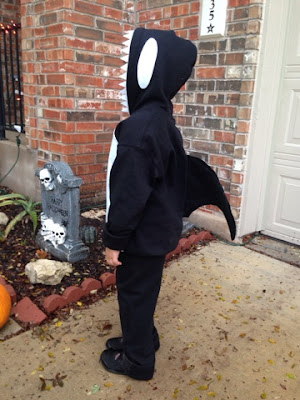