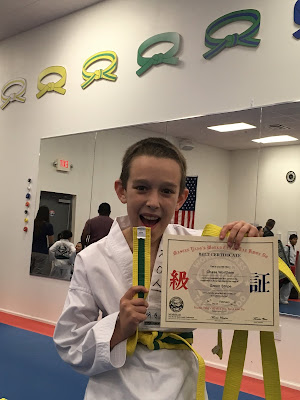 My little man is a Green Stripe in Tae Kwon Do!  I'm so proud of him! 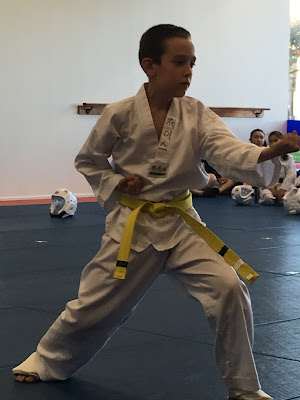 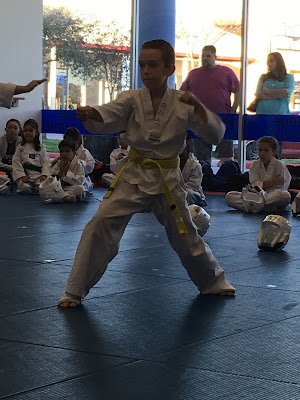 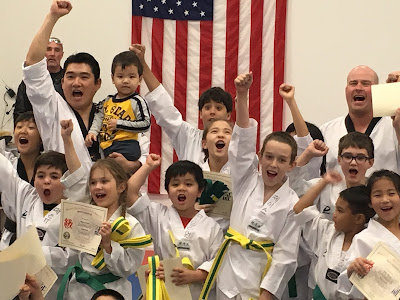 Chase has had a girlfriend for over a year now.  I know!  He's beating me in the long-term relationship department these days!  At any rate, I sat him down last week to have a serious conversation about girls and Valentines Day. I explained that his girlfriends deserved a little something extra on Valentines Day... that it didn't have to be anything big, but he couldn't give her the exact same valentine he gave out to the rest of the kids in his class, because she's special. Well he took that advice and ran with it! He thought really hard about what she would like, and even made his dad drive to three different stores to find just the right gift.  When he found it, he was so proud. 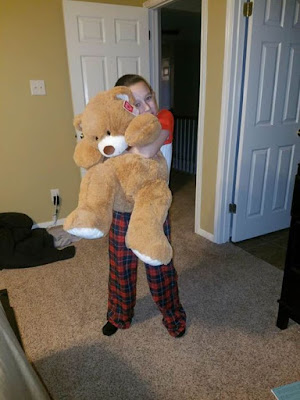 It was too big to bring to school so we had to arrange a time to come by and drop it off to her at home.  It was really sweet.  She even made him rice krispie treats.  Awwwww.... 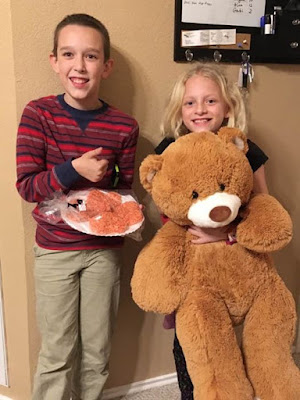 Chloe, on the other hand, apparently has two boyfriends and she was going to make something for each of them but then decided that was too hard... she wasn't going to make anything for either one.

On another note, Chloe wanted Foxy to come to work with me on Valentines Day for some reason, so we had some fun!

I first tried to put her to work: 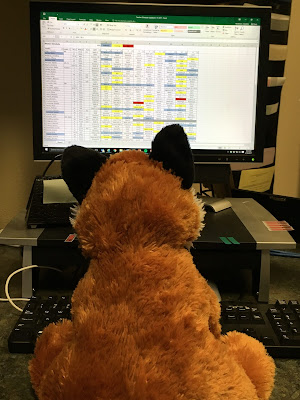 But her furry paws were messing everything up, so I let her sit in my special chair and watch me work instead: 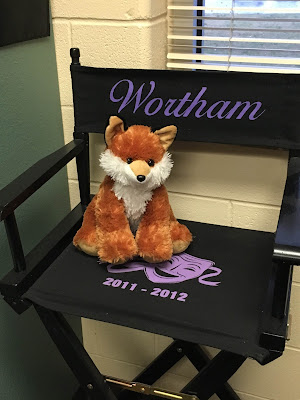 Then she got a special valentine... 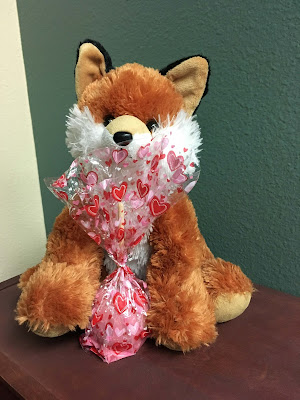 ...which apparently made her feel a little frisky: 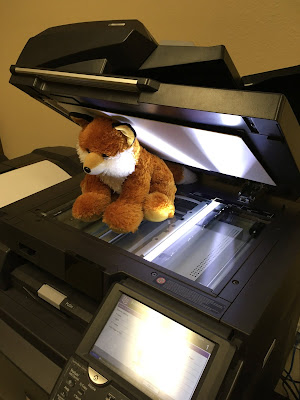 Then I went home and spent the evening with my valentine! 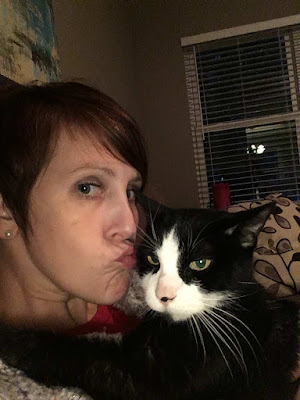 Conversations with a 6-Year-Old: Tough Choices

Let me preface this post by saying Chloe requires a lot of entertaining. Chase can entertain himself for hours but Chloe is constantly seeking entertainment from others. This conversation follows a whole weekend of doing what she wanted to do.  I swear.


CHLOE: Mom, will you play soccer with me?

CHLOE: But Mom! Soccer starts Tuesday and I'm not ready! I haven't practiced at all!

CHLOE: (getting teary-eyed) But Mom! I have to get better! I really need to practice!

MOM: No, really.  You want to practice so you can get better and that's exactly what you should do.  I should be encouraging that.

CHLOE: Sooooo.... Can we play soccer?

MOM: I'm trying to decide which is worse.

CHLOE: Well you only have to play soccer for a little while.  You have to be a mother... FOREVER. 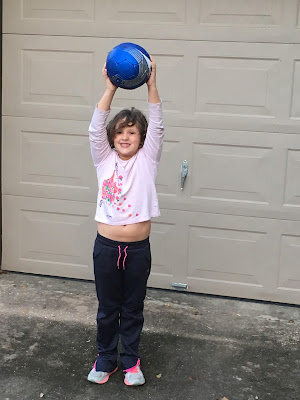 Edit 2/21/17: A few days after this post I found this in her backpack and it made me so proud: 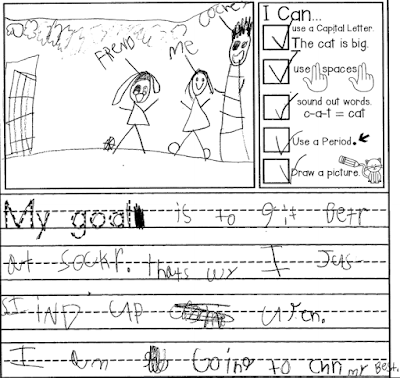 Translation: "My goal is to get better at soccer.  That's why I just stand up again.  I am going to try my best."

She is my growth mindsetter!  So proud she is already learning the concept of getting back up again when you fall (fail).  One of my favorite quotes is, after all: "Fall down 7 times, Stand up 8."

Email ThisBlogThis!Share to TwitterShare to FacebookShare to Pinterest
Labels: Conversations With a 6-Year-Old, Photos

My kids spent roughly 23 hours at work with me the last weekend I had them, as I had to get ready for my school's mock testing.  They were so patient and I felt really guilty about making them spend their time with me there, so I took them on what we call a "mini vacation" this weekend.  We got a room downtown and had a little getaway!  These trips are really fun and easy because #1, I use hotel points so the trip doesn't cost me much, and #2, the kids get really excited about the change in scenery! 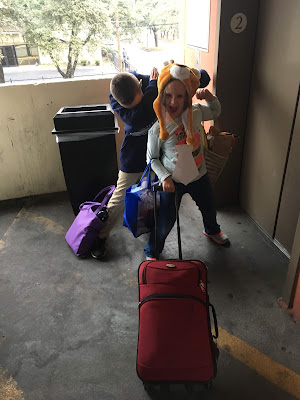 We started the trip by taking a little stroll down Congress to check out the Big Top Candy Shop: 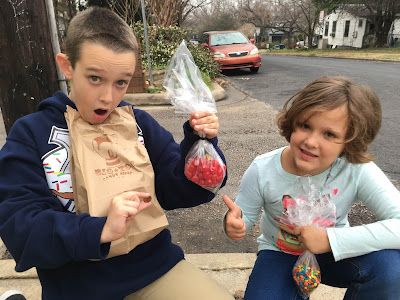 We had to pick out our candy for the pay-per-view movie to come later (after the room service pizza, of course)!

We spent the majority of our time at the hotel pool.  The kids love it! 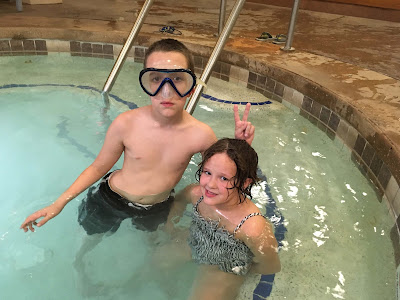 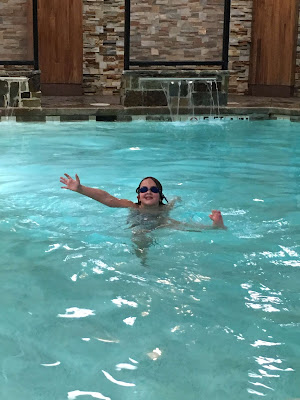 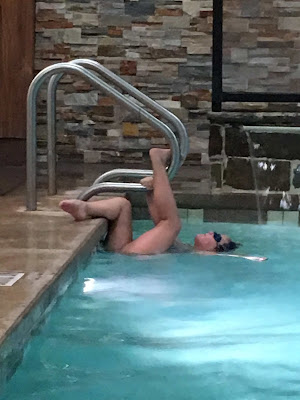 And on our way home we just had to stop and get Amy's ice cream! 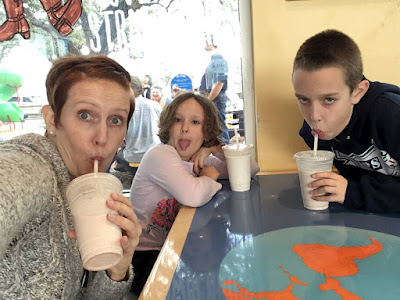 It's been a challenge to find a healthy balance between work and play this year.  All I can do is the best I can, right?  I just hope that's good enough!