A few weeks ago Chase asked if we could have a "Mommy/Son Day." We hadn't done it in awhile, so this weekend their dad and I decided to do a "kid swap" weekend. On Saturday I took Chase and he took Chloe, then on Sunday we switched. It gave us all a chance to have some quality "1-on-1 time."

On Saturday Chase and I started our day with a kids improv comedy show.  When the kids walked in they were asked to create some artwork, which was then used in the show!  Chase's picture was one of the first be used, and the actor onstage called it a "masterpiece!" 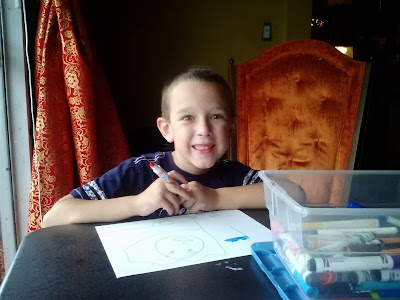 After that Chase requested to have lunch at a restaurant with an outdoor playland, so we headed downtown to Freddies, where he had what may have been the biggest pancakes I've ever seen!  This photo was taken after he just couldn't eat any more! 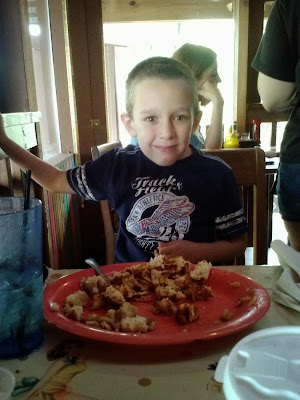 From there we went to the library where they were having an Alice in Wonderland Mad Hatter tea party!  There were tons of fun things to do, like play croquet: 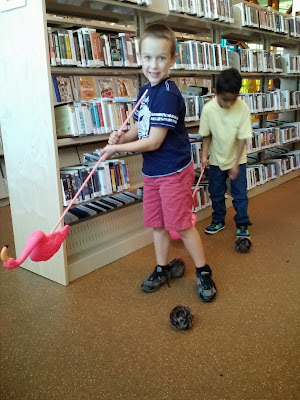 ...and play with giant bubbles: 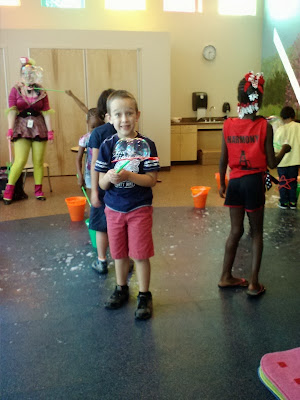 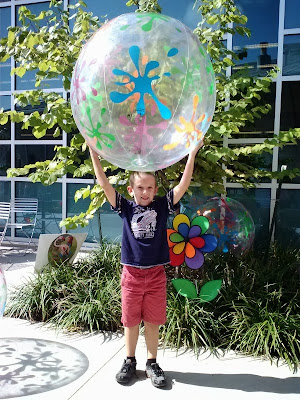 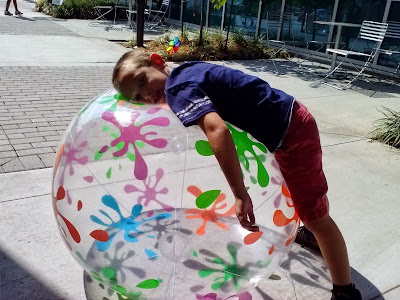 Those who know my son well know he is slightly obsessed with video games.  We have really limited his game playing lately, so for a fun treat we went to GameStop and found a game we could play together.  He had so much fun sword fighting with his new "Puss in Boots" game: 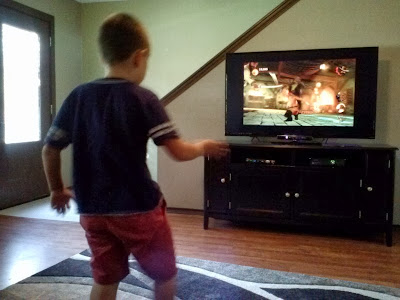 After that we had pizza and watched a movie together.  What a fun day!

Sunday I dropped him off at his dad's and picked up Chloe.  She and I started our day with a Groundworks Music Orchestra concert at Cherrywood Coffeehouse.  She ordered waffles and ate none of it (so I ate them for her). 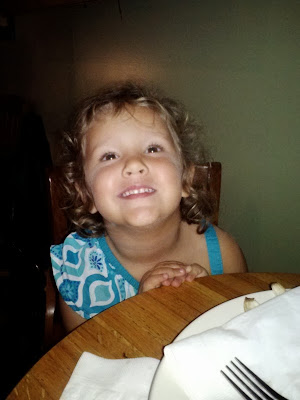 She kept asking to leave, so finally we did and on the way out the car she said, "Mom, that was soooooo fun!"  The girl makes no sense.

From there we headed out to get our nails done!  It was her first time getting pampered like that and I had no idea how she would handle it, but she's definitely my daughter and settled right in! 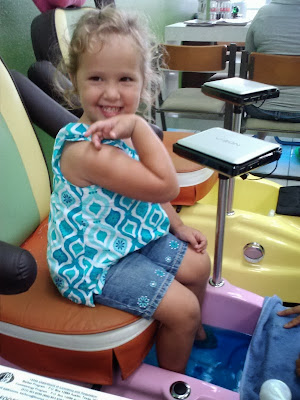 She got both her fingers and toes done, and I just did my toes.  I was so thankful for the Visa gift card I got for signing up with AT&T when I moved!  We will not be making this a habit! We got matching pedicures, but then had an issue when we realized Chloe didn't have any sandals that fit her so she could show off her pretty new toes with me!  That prompted a trip to the shoe store (for her, not me... *sigh*), and in the end all was well with the world: 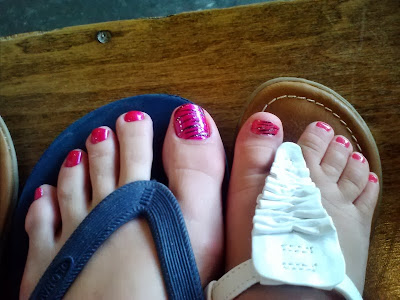 We finished our day at Chloe's favorite pizza place before heading home for our movie night together. 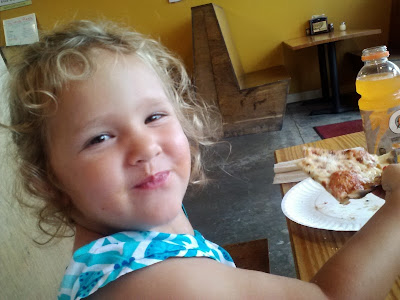 It was a wonderful weekend with my kids, getting to spend some quality time with each of them.  Chase is pretty proud of himself.  On my day with him he said several times, "This was a great idea of mine, wasn't it?"  Yes, Chase....  It was. 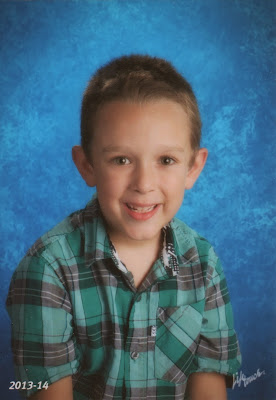 (He needed a hair cut, but his smile is just so genuinely precious that I just can't let it go!)