Chase joined Destination Imagination this year and he had a large part in their tournament performance!  His group had to put on a circus act, and he was the ringmaster! 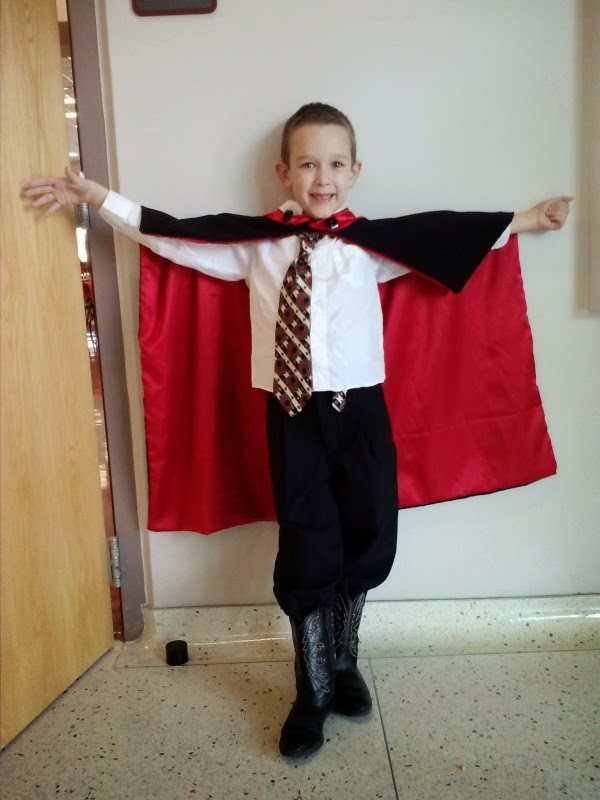 He had a big speech to say in the beginning and he was battling stage fight at his practices.  I reassured him if anyone in the world could help him with that problem, it was his theatre teacher mother!  We worked hard on memorizing it, speaking loud, adding arm movements, smiling and looking up, and overall just gaining confidence.  He did such a great job! 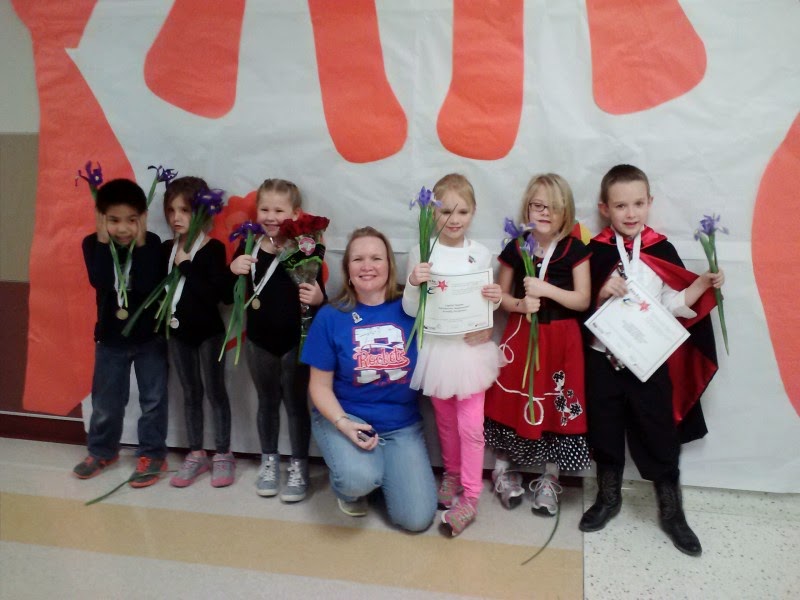 He attributes some of his success to the lucky penny he found in the parking lot on our way in: 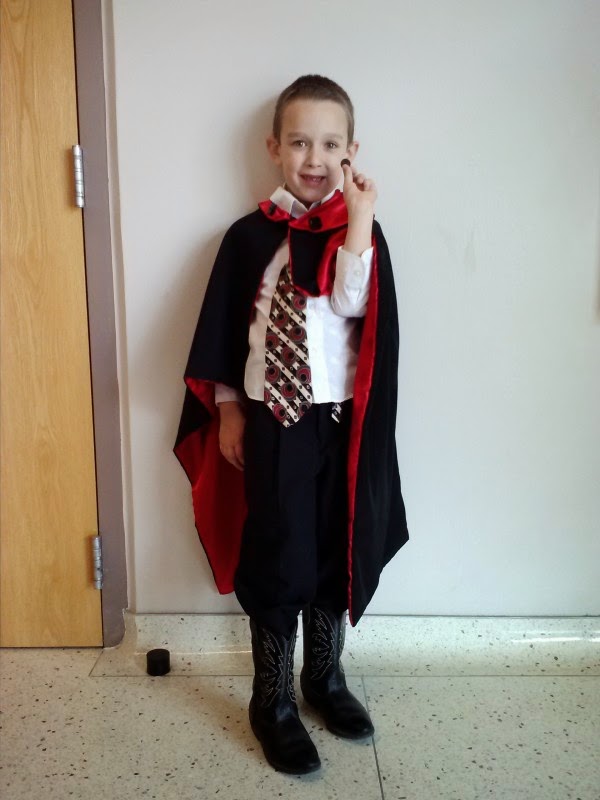 Chloe entertained us while we waited throughout the day for different events: 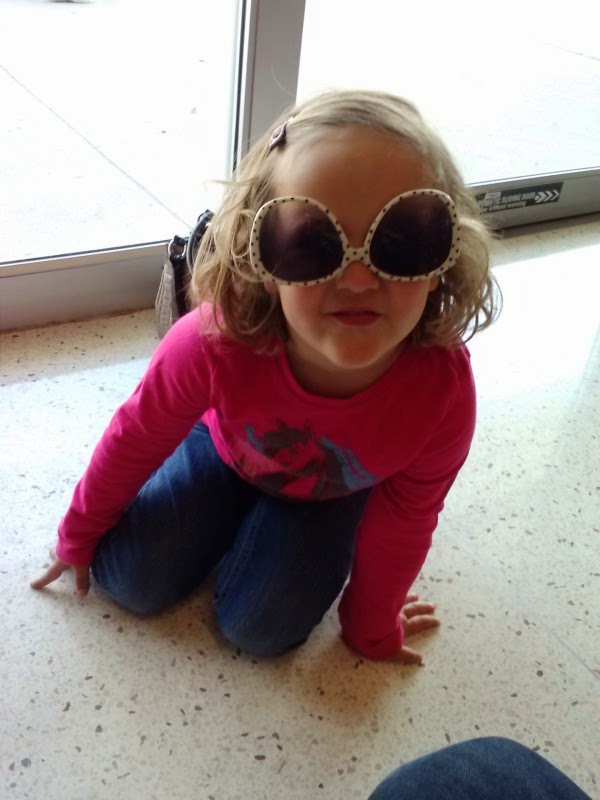 And in the end she helped celebrate her brother's success! 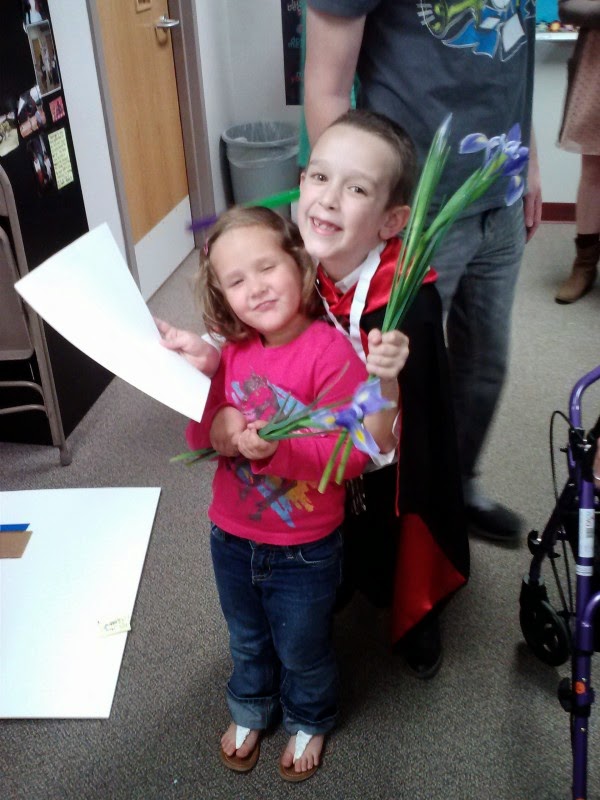 I am so thrilled this was such a positive experience for him.  Afterwards his confidence level was through the roof.  For the rest of the day he kept reciting his monologue for us, and let us know any time we wanted to hear it in the future, he would be happy to perform.  GO CHASE!!!! 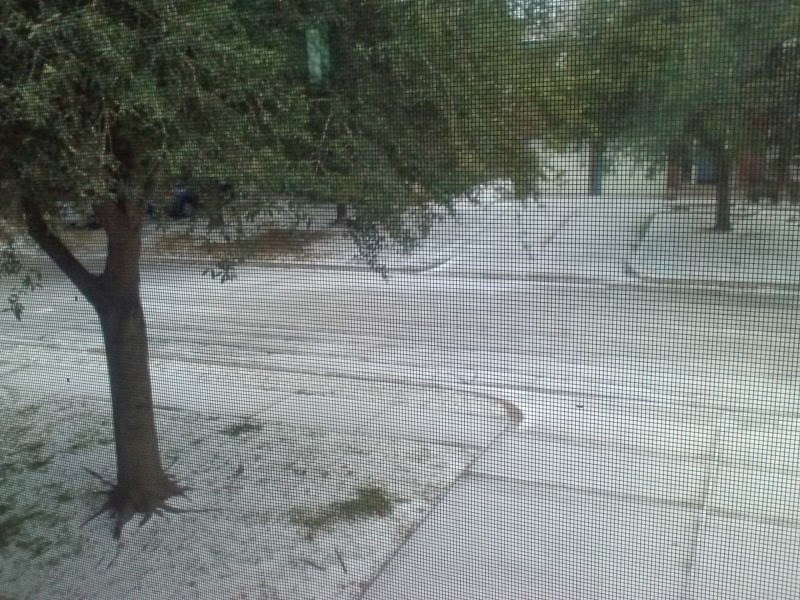 OK, I'm being sarcastic.  Being from the north this will never get less funny to me.  Anyway.... There was a layer of ice under there which made it worse than it looks, but still....

The kids were super excited to make snowmen, and I was so sad to break it to them that it just wasn't going to happen.  The snow was hard with ice crystals.  We ended up sweeping as much dust as we could into piles... ...and then pressing it together to make dusty snowballs: 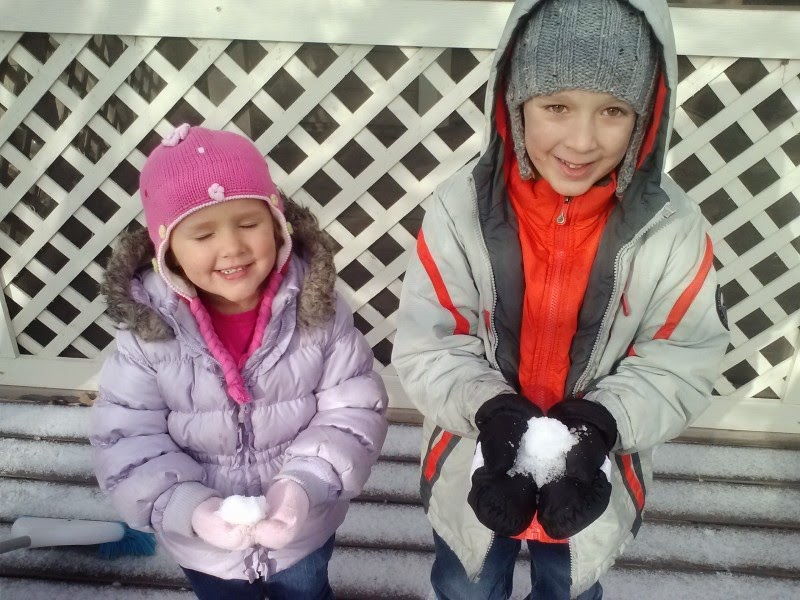 They lasted longer than I thought they would outside, but then we headed in for hot chocolate: 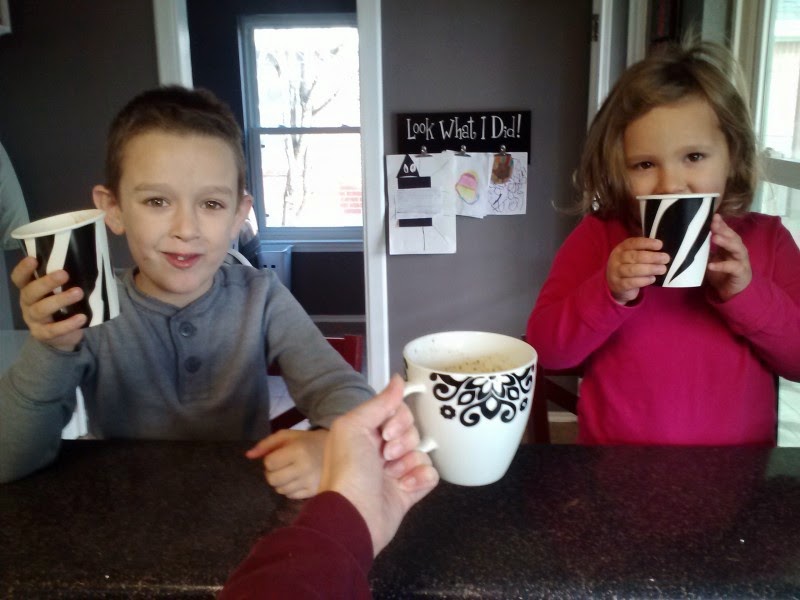 Chloe decided it was a good day to name all the horses in her stable: 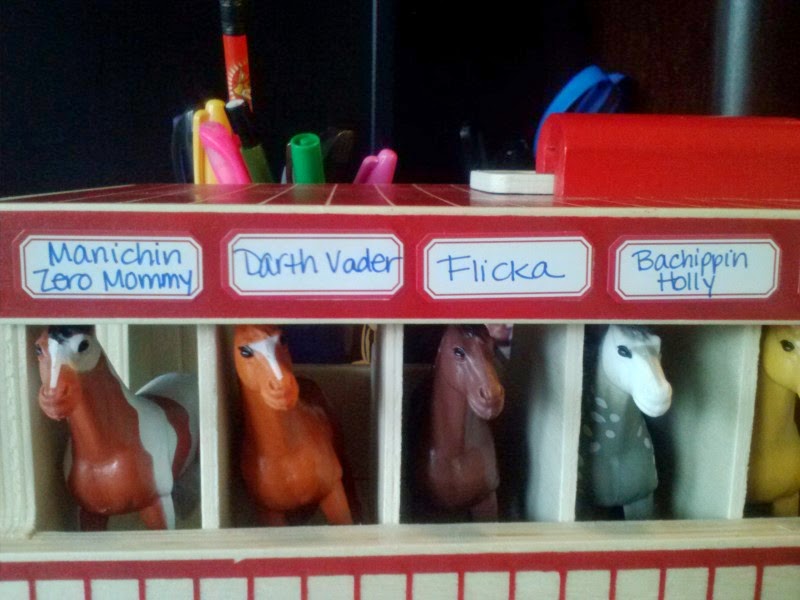 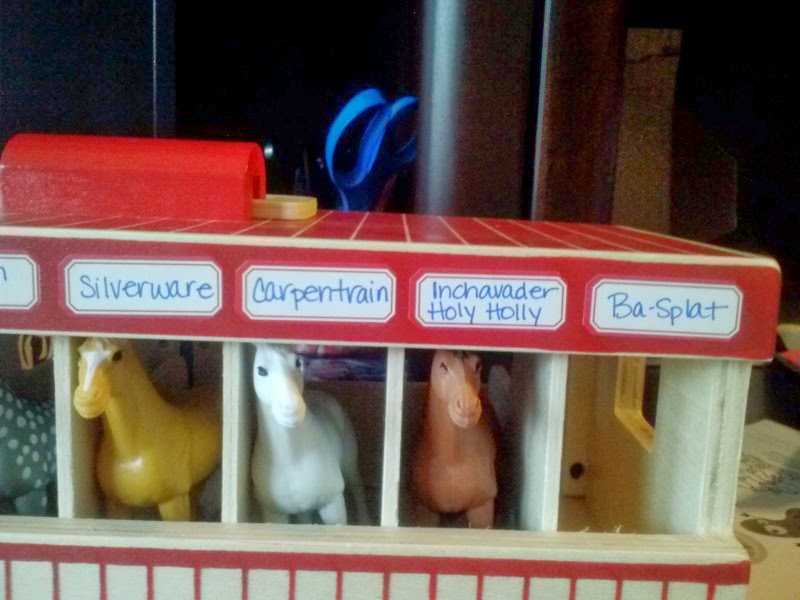 Ha ha!  Gotta love Texas weather!  More photos of our day are in our Photo Album if you're interested!