Chase had his first baseball game! He looked so cute in his uniform: 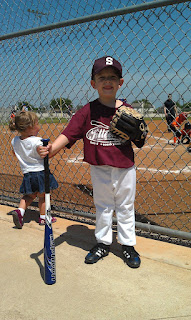 (Yes, that is his adorable little sister in the background!)

Chase did very well. He actually got a hit when the coach pitched to him (well, it was more like a bunt, but we were happy about it)! 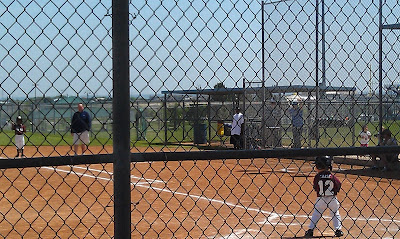 And it was pretty cool, because at the last minute his dad was asked to help out at first base! 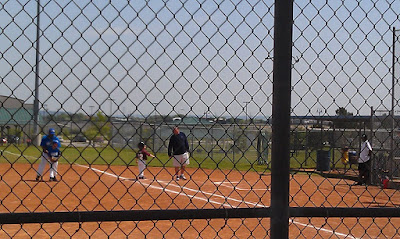 And the cool thing about being the last batter...? You get to run all the bases risk-free after you're safe! 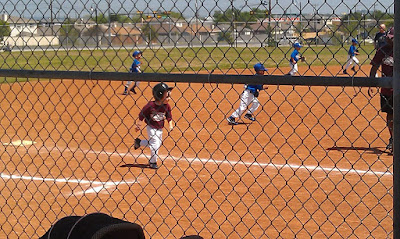 It was such a beautiful "summer-ish" day. Summer is on its way!!

P.S. More pics are in our Photo Album if you're interested!

Chase seems to be enjoying baseball. It's a little hard to keep his attention. It's not really the most engaging sport, you know? When he's on the field he does a decent job... 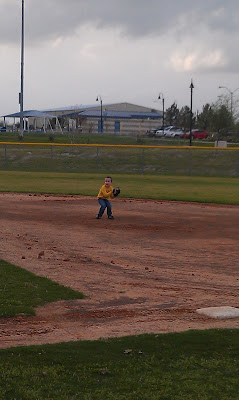 ...when he isn't dancing around: 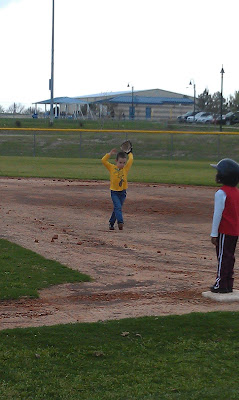 The coach actually pitches to them, but he's a pretty tentative (slow) batter. Hey, I give him credit for not running away when the ball is flying toward him (like I would)! 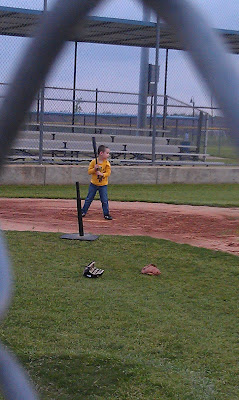 After three attempts they give them the tee: 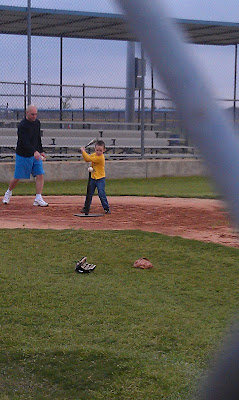 It's actually hard to watch him play because we are constantly having to chase Chloe around!  She is constantly on the run, and she is fearless!  Here she is, sporting Chase's team hat: 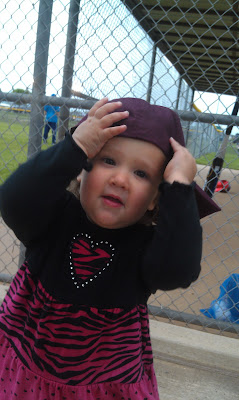 Chase's first game in Saturday!  Baseball is one of those things that gets me excited for summer....

Only a theatre mom would teach her daughter this trick:


And only a theatre mom's son would want in on the action:


And only a theatre mom would want her turn in the limelight (even when her daughter is obviously tired of the game):


And only a theatre mom's son would insist on reshooting the scene eight million times, until Mom was DONE: 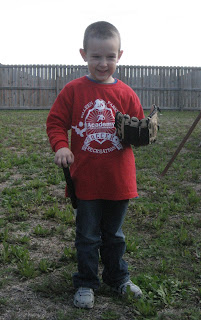 Today was Chase's last soccer game of the season. Right after the game we went to Dick's to buy him some gear for baseball, which starts Tuesday! 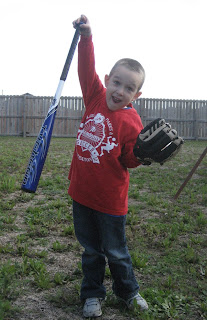 After his nap we went outside to play a little ball.  Now that he's getting better with the camera I can be on the other side of it from time to time.  This is my attempt at a batting stance.  I'm not usually a fan of sticking my butt out in photos but hey....  I'm all about proper batting form.  Ha ha! 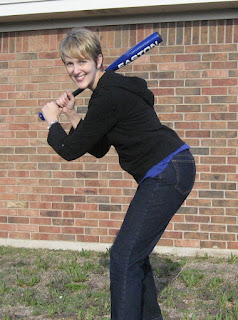 And this is a photo of Chase's first hit (I'm just impressed I didn't hit him with the ball when I pitched it with the camera in my hand)! 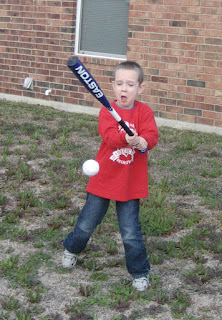 Baseball makes me think of summer, and I cannot wait for this summer!