Yesterday we spent the afternoon at the CAC Kids Art and Culture Day. Chase enjoyed the mini petting zoo with Dad... 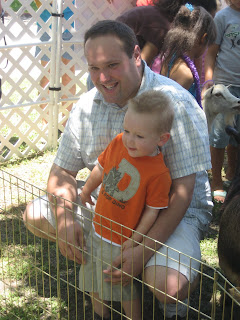 ...despite the fact it was really crowded: 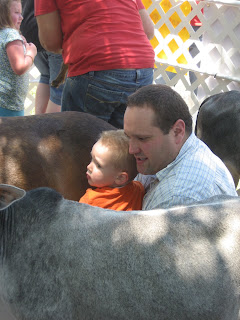 Then he rode the train with Mom: 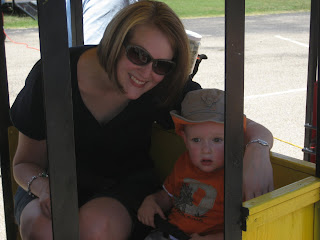 After the train ride he spotted one of his favorite things these days: A fire truck!! 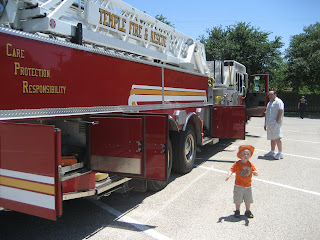 The nice fire fighter let him sit up front as he explained what all the buttons were: 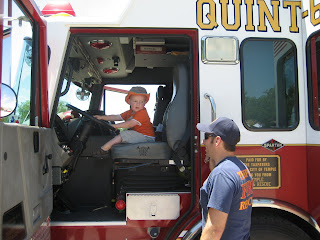 He also thought the big wheels were pretty cool, especially since he could see his reflection (one of his new favorite words): 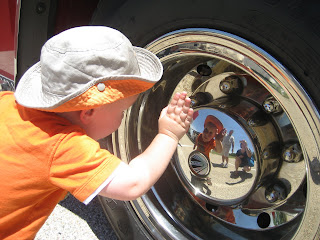 After that we played with sidewalk chalk... 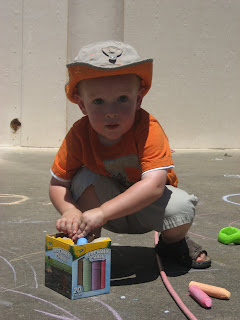 ...and tried some cotton candy for the first time: 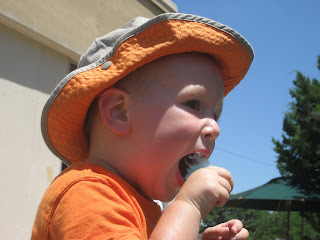 Our final stop was the Biscuit Brothers concert, where it finally kicked in for Chase that he hadn't napped that afternoon: 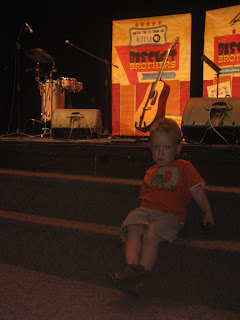 We had to leave the concert early, but it was still a fun day overall. Chase slept all the way home.