Day 2 of our road trip was all about driving to Chicago!  We spent the weekend with one of my dearest friends, Nicole, and her family.  Saturday we spent the day downtown and we had so much fun!  We took the train, which the kids thought was cool: 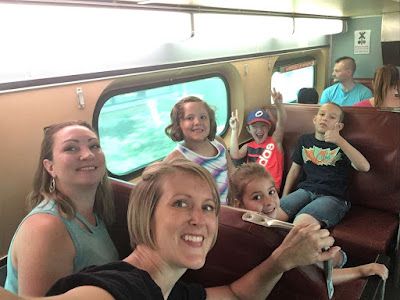 From Union Station we walked to Millennium Park.  The coolest was watching Chase walk by the Sears Tower and just staring up at it.  He was amazed by it, saying it made him dizzy.  So cool.

The kids got to play in the fountains at Millennium Park... 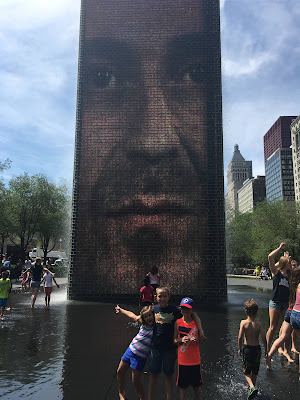 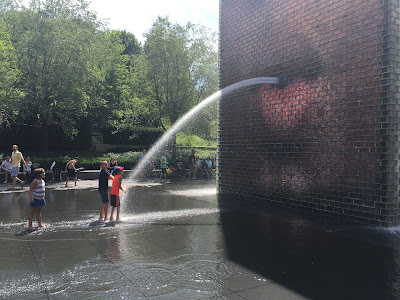 ...and we visited the giant bean (officially named "Cloud Gate").  I didn't take a picture of the whole thing because I had seen it so many times before, but if you aren't familiar with it and need the perspective, I stole this one off the internet: 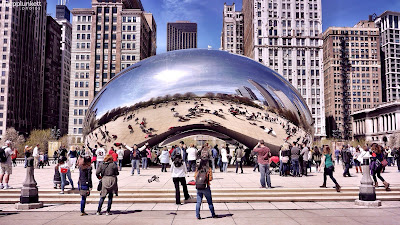 And here we are in it! 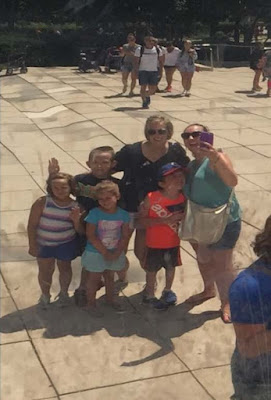 The last Millennium Park stop was the ampitheater, which I have always loved: 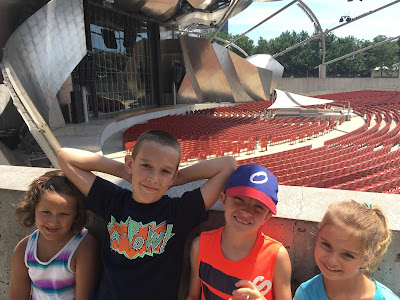 Next stop: Navy Pier!  After getting a free sample of Garrett's popcorn (mmmmm...) and giving the kids their first taxi rides there, we had to eat: 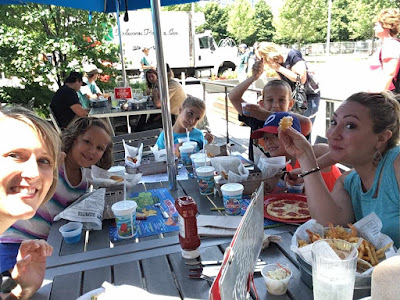 And then we went on a lake tour! 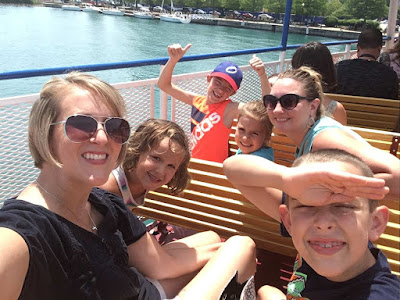 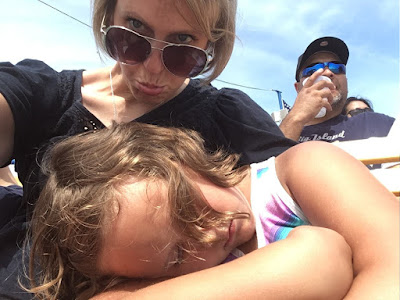 But ice cream perked everyone up! 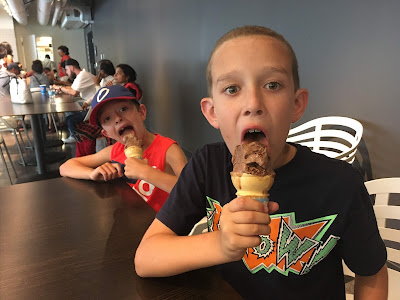 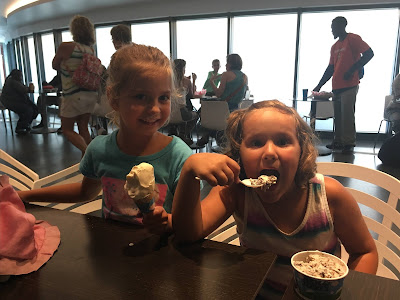 Sunday it was time for part 3 of our road trip: The drive to Michigan.  But first, on our way out of town, I thought it would be cool to take the kids by the townhouse where Chase spent the first year and a half of his life!  He thought I was crazy for taking a picture of them on the porch, but hey....  No harm done! 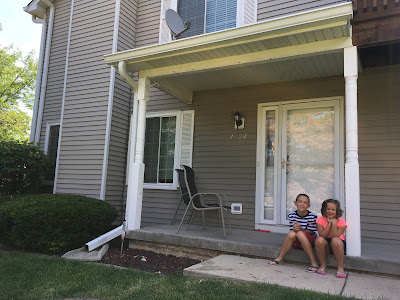 And then there was no way I was leaving without some Oberweis ice cream!  Yummmm.... 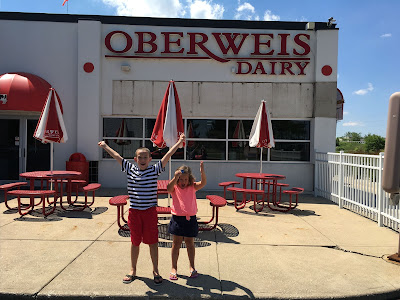 Their root beer shakes are my favorite!! 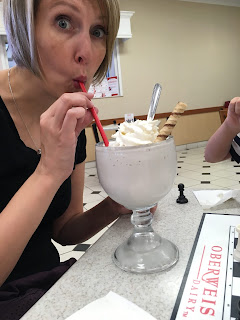 After that it was time to start Road Trip Part 3!