Chase is a Blue Stripe!

Chase is now a Blue Stripe!  I'm particularly proud of him for this one because it was rough getting here.  In the beginning, Tae Kwon Do came very easily to Chase.  He didn't have to work very hard to achieve results.  But as soon as he got his green belt things got more challenging and he became more and more frustrated.  He started fighting us about going, and faked stomach aches when we got there.  I had a heart to heart with him when I tucked him in one night and we talked a lot about having a growth mindset, and about the things I missed out on when I was young because I quit every time things got too hard.  Since that point he has really worked to change his attitude and not give up, even when he wants to.  As I parent I was like, "whoah... he actually heard me?"  Pretty cool.

Anyway, this was a big deal and you could tell he was extra excited because he nailed it!!!! 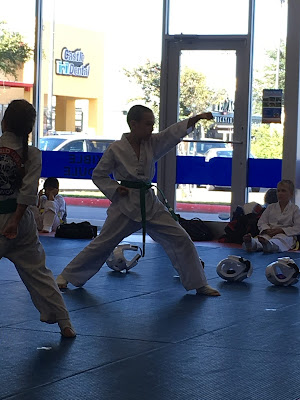 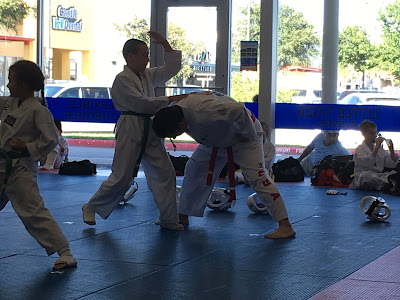 He had to break a board with a special kick this time, and he was really nervous about it.  He broke it on the first try and was slightly excited: 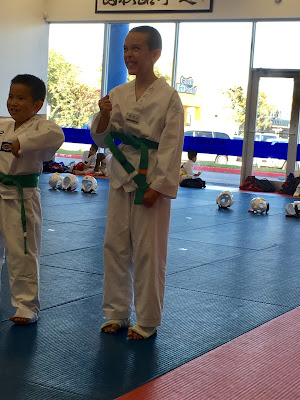 I thought he was going to lose his composure when he actually got the new belt in his hands! 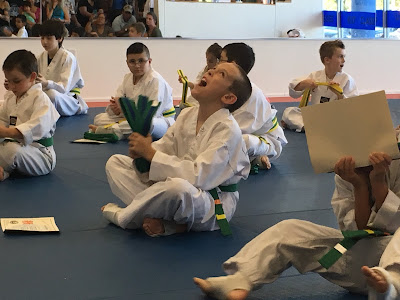 He was so proud of himself.... 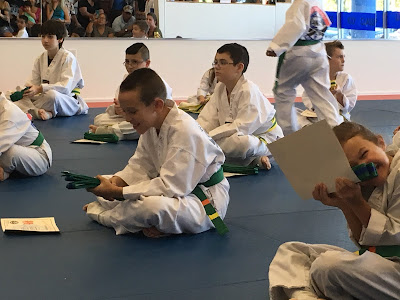 My little man didn't give up... and now he's reaping the rewards! 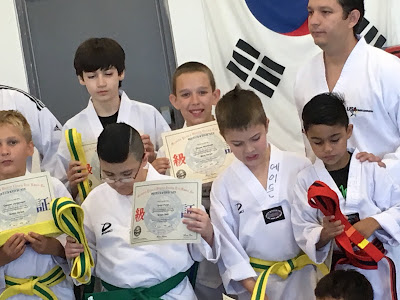 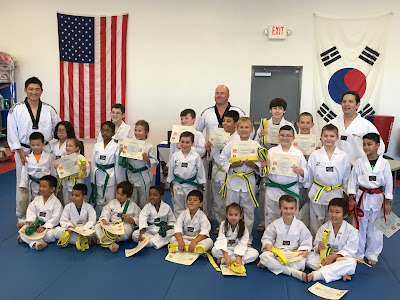 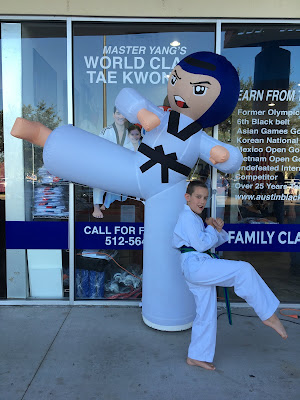